Chanel confirms Alice Dellal as the new face of their handbag collection ‘Boy Chanel’ after she was personally selected by Karl Langerfeld. A spokesperson for the fashion house stated:

“[Karl Lagerfeld] had a crush on this unique, charismatic young lady, who is both a model and musician, during a photo shoot several months ago. This previously unforeseen alliance finally became self-evident. Alice Dellal represents the perfect incarnation of all that is unique about the Boy Chanel handbag collection, which strives [to be] far from conformist notions of femininity.” 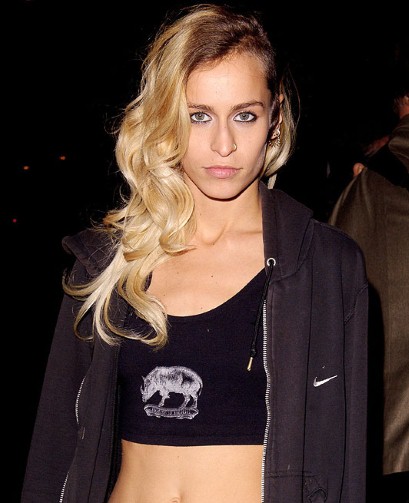 Langerfeld himself took the pictures and these will be released worldwide in March next year. The pictures will see her join the elite ranks of Chanel’s former handbag models which include Jerry Hall, Lily Allen, Diane Kruger and Blake Lively. You can just about make out what’s going on here in this shot!

This site uses Akismet to reduce spam. Learn how your comment data is processed.